Heartwarming Stories of Romance That Help You Escape and Recharge​ 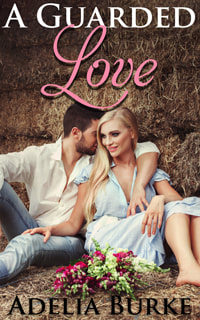 An unsuspecting college student is inadvertently thrust into the paparazzi spotlight when a country music star mingles at a local karaoke club.  After an unexpected photo surfaces online, the power of social media send two people from different worlds on a collision course with destiny.

A break from touring proves to be anything but relaxing, as Landon Ross navigates a whirlwind of tabloid manipulation, crazed fans, and heightened security protocol. Each detail of his life is carefully structured and scheduled. But the unexpected arrival of a talented local music major makes him reevaluate everything.

Saturday morning Kristin woke up early.  She would have enjoyed sleeping in, but she needed to do some research at the library.  Kristin had to write a paper on Benjamin Franklin’s musical invention called the glass armonica.  Her plan was to work hard this morning, and then relax the rest of the weekend.  Kristin quickly ate her breakfast of oatmeal in her plain, small, student kitchen.  She then grabbed her books and headed out the door.
“What the…,” gasped Kristin, as a group of people with cameras started taking her picture as she stepped outside her door.
“How long have you and Landon Ross been dating?” asked one person with a pad and pencil.
“I’m not dating Landon,” answered a confused Kristin.
“Are you going to meet up with Landon right now,” asked a young man holding a recorder close to her face.
“There must be some misunderstanding,” Kristin said trying to get this group of people to understand.
A car drove up, and the driver honked the horn.  Kristin looked toward the car and saw that it was Lexie.  Kristin ran to the car and got in.
“What’s going on?” Kristin asked in confusion.
“That’s the paparazzi.  They are trying to find out more about Landon,” explained Lexie.
“Why would they think that I know anything about him?” asked Kristin holding back the panic she was feeling.
“There’s a picture of you and Landon from last night that went viral.”
“What picture?”
“Someone took your picture last night when Landon was rubbing your arm after he bumped it, and now everyone wants the inside scoop,” Lexie patiently explained.
“How did you know about this?  You were gone when I got up,” asked Kristin.
“Landon saw the picture on the internet.  He had dealt with the paparazzi before so he wanted to help protect you.  He texted me while I was at the library with my study group to see if you were ok.  I called you, and you didn’t answer your phone, so I came back to check on you.  Landon wants us to meet him somewhere private so that he can talk with you.”
Buy now on Amazon